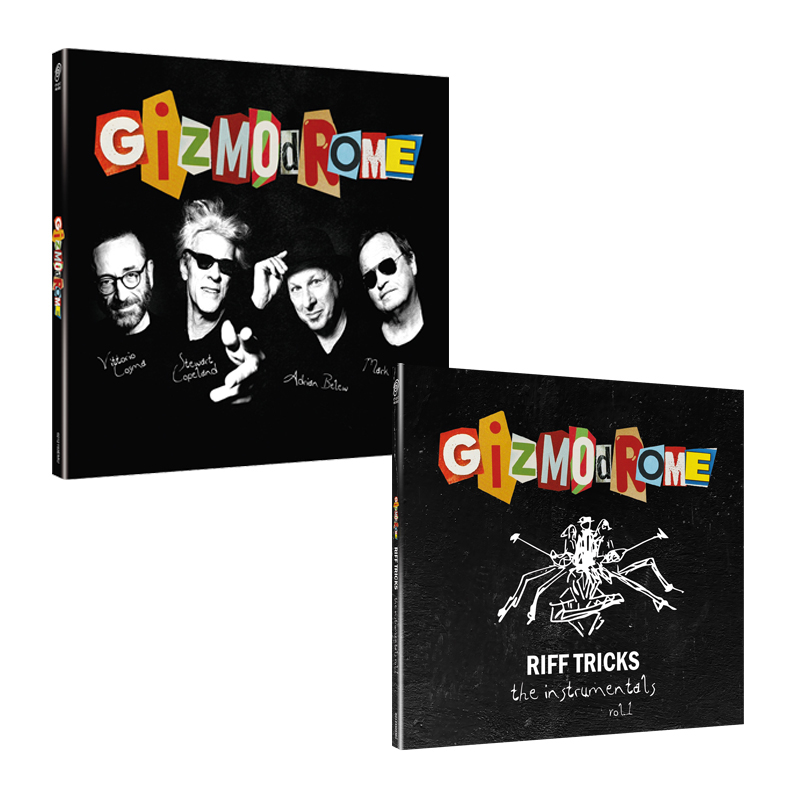 “Strange Things Happen” is the title of a song on Gizmodrome´s debut album. Certainly great things have happened in the studio, when the four incredible talents met to create one of the most exciting and versatile albums of 2017.

In days of “long-distance recording”, with musicians emailing each other sound files, never having been in the same room, Gizmodrome started with the very opposite approach: real old school excitement by four musicians in the rehearsal room! It is not a surprise that four musicians with such diverse talents and backgrounds, playing one step from each other, have created music that is vibrant, electric and unpredictable.

One would naturally wonder how two US based musicians could end up forming a band with one English and one Italian musician…  Stewart Copeland explains: “Vittorio and I have been playing together for years, in Italy, but it got serious when Adrian and Mark joined us for 15 days of wild creativity in a Milan recording studio. If you put the right guys together in a rehearsal room, “strange things” definitely happen!”.